Nobody cares about the biology of domestic animals-- something I hear about on campuses all the time, from traditionalists who are told that they're irrelevant AND frustrated innovators who KNOW they are seeing something new. Johnson and Janiga's wonderful Feral Pigeons was all but dismissed as trivial for years.

"Domestic" pigeons are damn near as old as we are, and it may be no coincidence that Turkey, where I used to spend time on the roof of the ancient ( 120o AD ?) caravanserai in Urfa watching the end of the day flights, is the center of Silk Road breeds and holds more pigeon variation than anywhere on earth I have yet been.

Here are some from there; first, a portrait in the lobby of the best hotel in town, signed by the photographer and labelled "Ufa Guvercin" pigeon of Urfa; then a restaurant  cupboard loft. Urfa is close to the Syrian border, and the black plague of the Islamic "State" has already reached out to the ancient town to behead two defectors; as I have mentioned, they have made pigeon flying a capital offense. Let us hope the Kurdish hard guys (and women) I know there can keep them at bay. 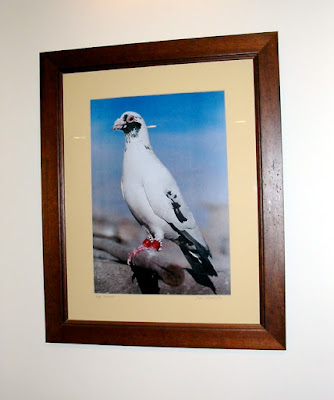 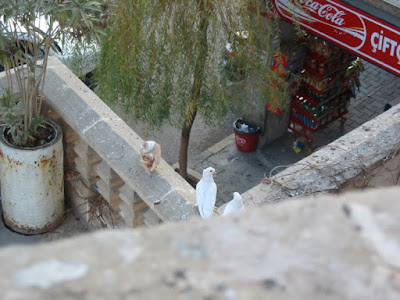 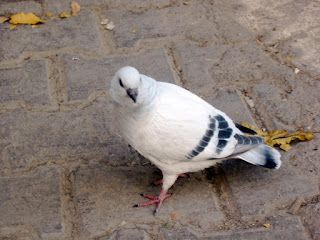 Here are some strange ones I didn't see, but that  are part of the Turkish ancestral swarm. I don't think there is a pigeon breed not prefigured in Turkey; many have just been there forever. 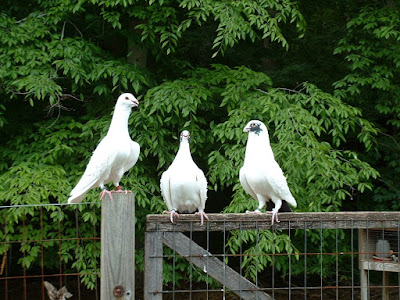 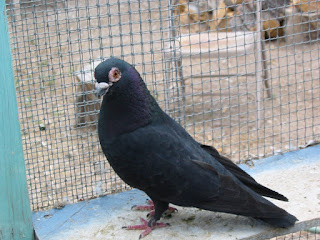 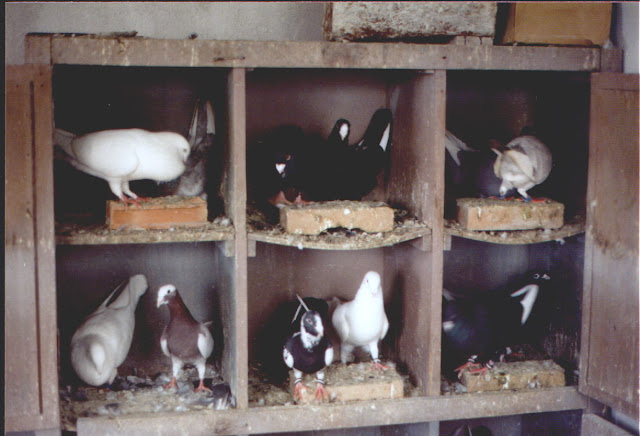 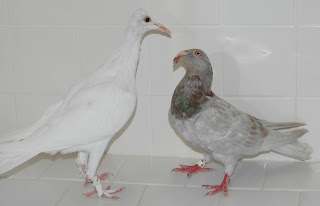 Scientist and artists have worked with pigeons for years-- would you deny Darwin, an absolutely mad pigeon fan who practically drove Mr and Mrs Lyell from the dinner table with his enthusiasm (not always a good word) for his subtly "Lower- class" birds...? I mean, Darwins and Wedgewoods didn't go to pigeon shows... 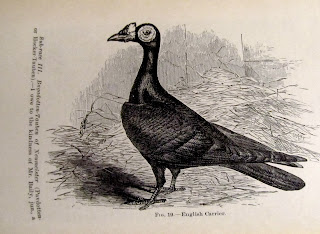 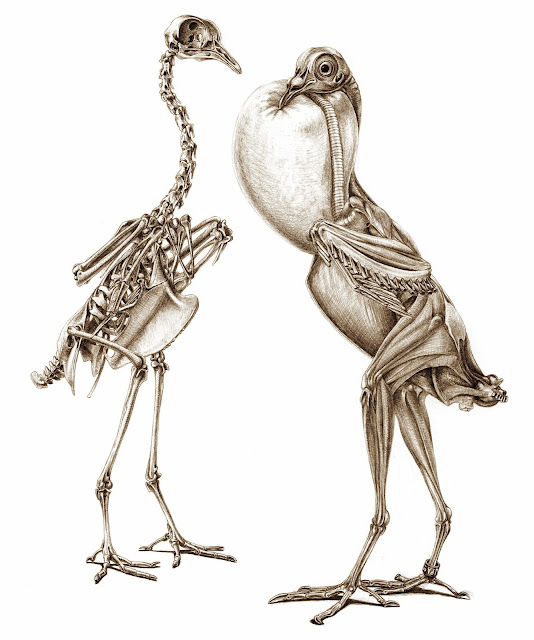 And now she is working on dogs. These show the "improvement " (not!) of the St Bernard in the 20th c. Stay tuned... 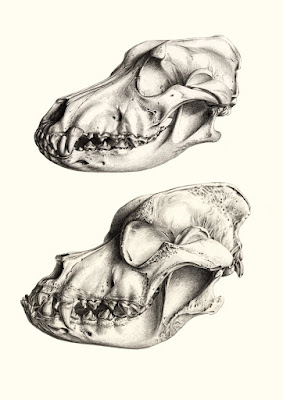 Pigeon update; the Suburban Bushwhacker has just given me a link to this wonderful photographic tribute to Darwin's pigeons. Here are a couple of examples. The first is a pouter, like Katrina's skeleton. 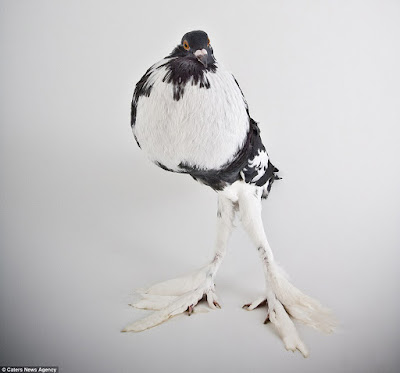 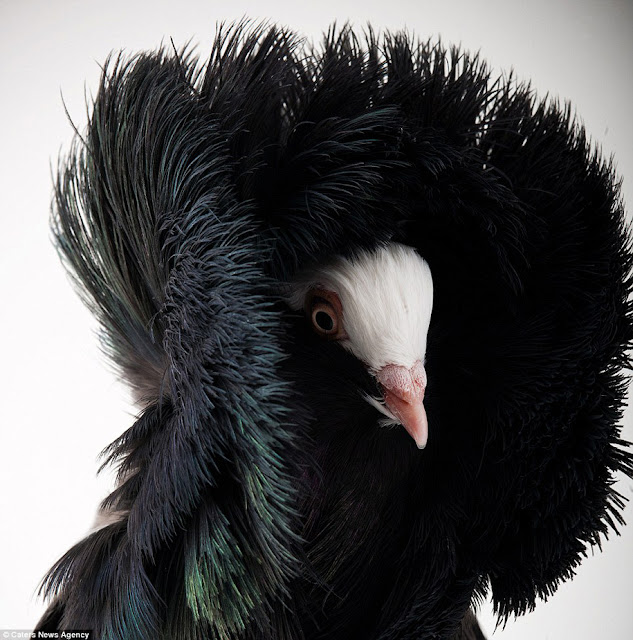