My thesis for years has been that there are three great 1950's "Road" books. Two are obvious to the literate: Jack Kerouac's On the Road, and Vladimir Nabokov's Lolita. The other  may be MORE obvious to naturalists, many of whom miss one or the other of the first two; Wild America, by Roger Tory Peterson and his late English buddy James Fisher. It is the most handsome book of the three, with scratchboard illos of every habitat in North America you can think of, and many of its inhabitants.

Given their time scheme, it is easy (and temporally possible) to imagine a motel in eastern Colorado or maybe Kansas, early in the morning, with Roger and James out in the yard contemplating a Scissor- tailed flycatcher on a wire, Volodya and Vera chasing a blue butterfly around a bush, he clad in unsuitably European shorts; and, in another room,a shirtless, sleepless  Kerouac typing manically on a roll of paper while Neal Cassady fills his ears with an endless speed rap. If I were, say, Tom Stoppard I could write a play about it...

I have a good first edition copy of Wild America, inscribed to me-- I'll tell the gratifying story of how Peterson came to sign my old copy one of these days. Out of curiosity I thought I would see how much comparable copies of the others would cost. It was a lesson in the comparative value of "nature" and "Lit" books.

Here is my copy and the inscription: 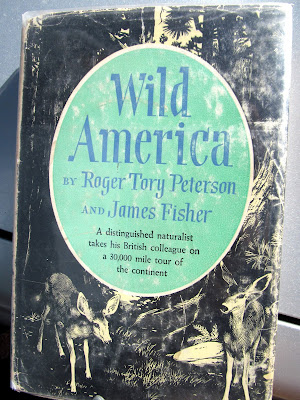 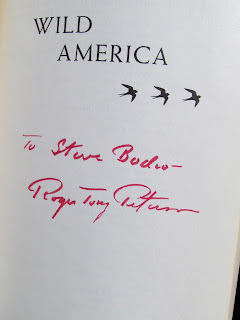 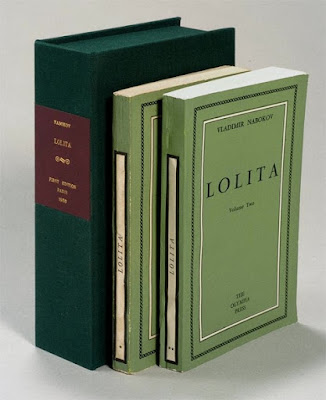 A Putnam US first is more modest at only $20, but it is an eleventh impression-- not my idea of a "first." 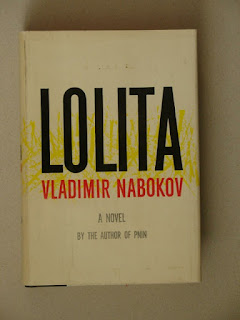 This nice first edition, second printing, of On the Road goes for $475 with a later jacket. 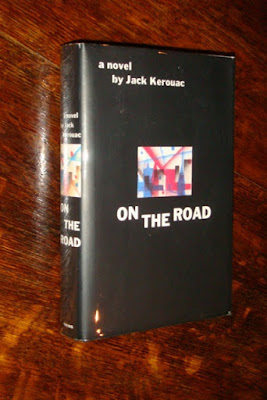 And here is a London first with an odd jacket for  $516. Is that supposed to be Allen Ginsberg in the glasses? 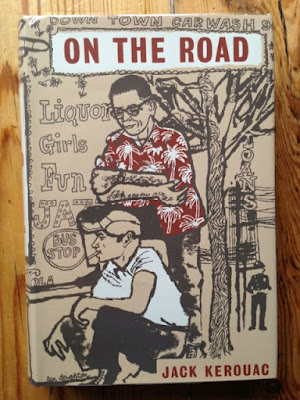 Sometimes what might be considered a rather "ordinary" book, not lauded as a "classic" in literature of any kind, can make a DEEP impression, depending on when and where you first read it! With my apologies to James Michener(by the "ordinary" appellation above(not to be confused with Appalachian, which is usually what I'm referring to...), my FAVORITE of his many thick, thick books, is one of his slimmest and less typical novels--"Caravans"--taking place in Afghanistan long before the recent U. S. war there. I likely never would have read this book, except I was, at the time, under a SEVERE book shortage living in Africa, and desperate to get my hands on ANY book! Books borrowed and lent were MAJOR deals at that time and place! I had a borrowed copy of this novel, and I IMMEDIATELY related to traveling with the Kochi nomads(which "Caravans" is largely about) across the desert, as I was myself at the time on a wild Yellow Baboon study, on foot every day traveling with these nomadic primate cousins in dry, nearly desert-like bush, pulling that tattered(British edition) paperback out of my backpack to read under the sparse shade of dry season acacias whenever the troop stopped for a bit of rest--always during the midday heat for awhile. THAT'LL make a memorable reading impression on you, for sure! Every time I reread this book, I'm back in the Selous with those baboons! So for me, "Caravans" by James Michener is MY favorite "road book"! I love the movie by the same name(with a splendid, exotic soundtrack which I also have!). Circa 1975, with superb character actor Anthony Quinn as the Kochi leader. Highly recommended, baboons or no......