Not only have the belated rains kept them coming; perhaps edible Mycology is meme that has finally come to Magdalena.
The day of our hunt, we worked our way down Bear Trap Canyon, which runs south from Monica saddle in the San Mateos to finally emerge in ranchland, on our friends' the Welty's ranch as a matter of fact, in high- about 7000 feet above sea level-- desert grassland, We usually return north through the Plains of San Augustin,  a dry Pleistocene lake bed, along one arm of the VLA .

Sargeant Canyon runs to the west from the Bear Trap, also coming out on the plains. It is our second favorite harvesting place. Though not as deep as the Bear Trap, it runs east and west, gathering more rain than Bear Trap.

While we were picking, our neighbors Frank and Cenaida Key stopped and asked us what we were doing. We showed them a few specimens and explained that only the big boletes were edible.

About a half hour after we returned home, they came to our house and dumped out about five full paper bags full of mushrooms. It was hilarious -- they had turned down Sargent Canyon and harvested about every mushroom they saw. They had two species of absolutely deadly Amamitas plus muscarias, a bunch of boletes, and about twenty things I needed to key out. I hastily separated the deadly ones and threw them in the trash. They observed carefully my techiniques for cutting and drying boletes, and told us we could keep them. The next day, however, Frank showed up with a big bucket of boletes just to make sure he had gotten the right thing. I think we have created a monster, or at least disciples 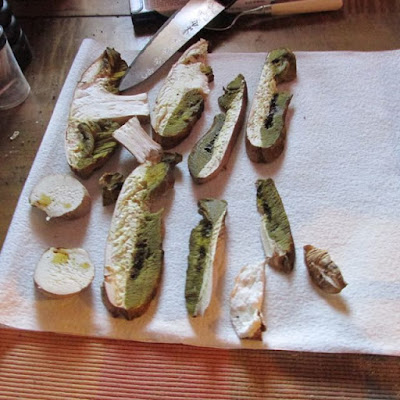 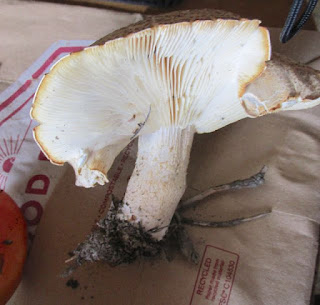 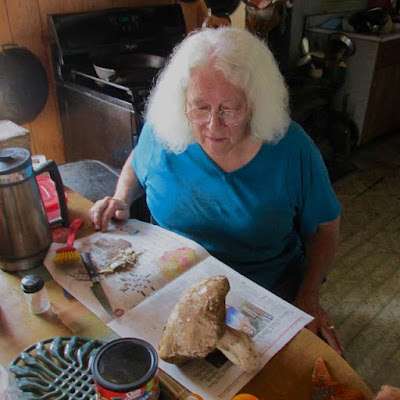 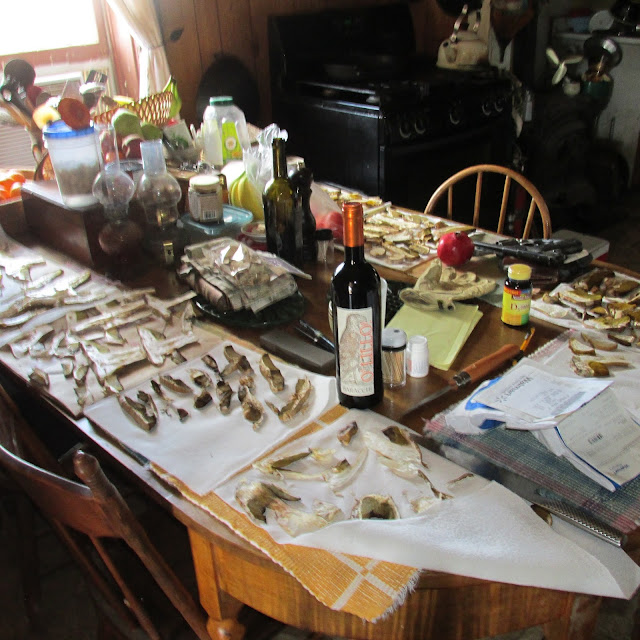 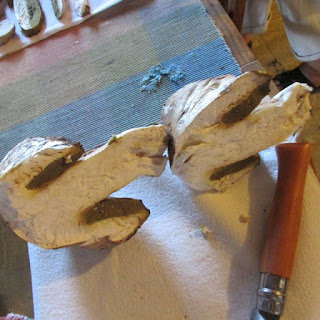 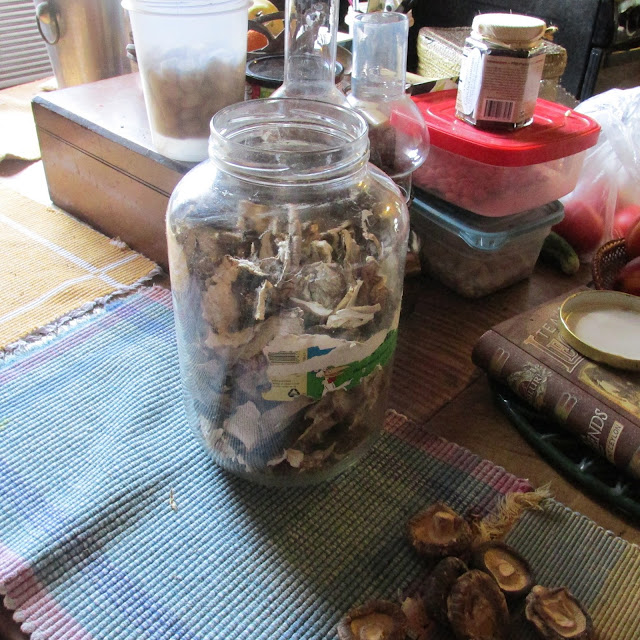 Email ThisBlogThis!Share to TwitterShare to FacebookShare to Pinterest
Labels: Mushrooms

Oh for the French System where I believe you can take your bounty to the local pharmacist , who will advise on the edible ones( as I understand ?)

What a great idea to encourage "foraging!"