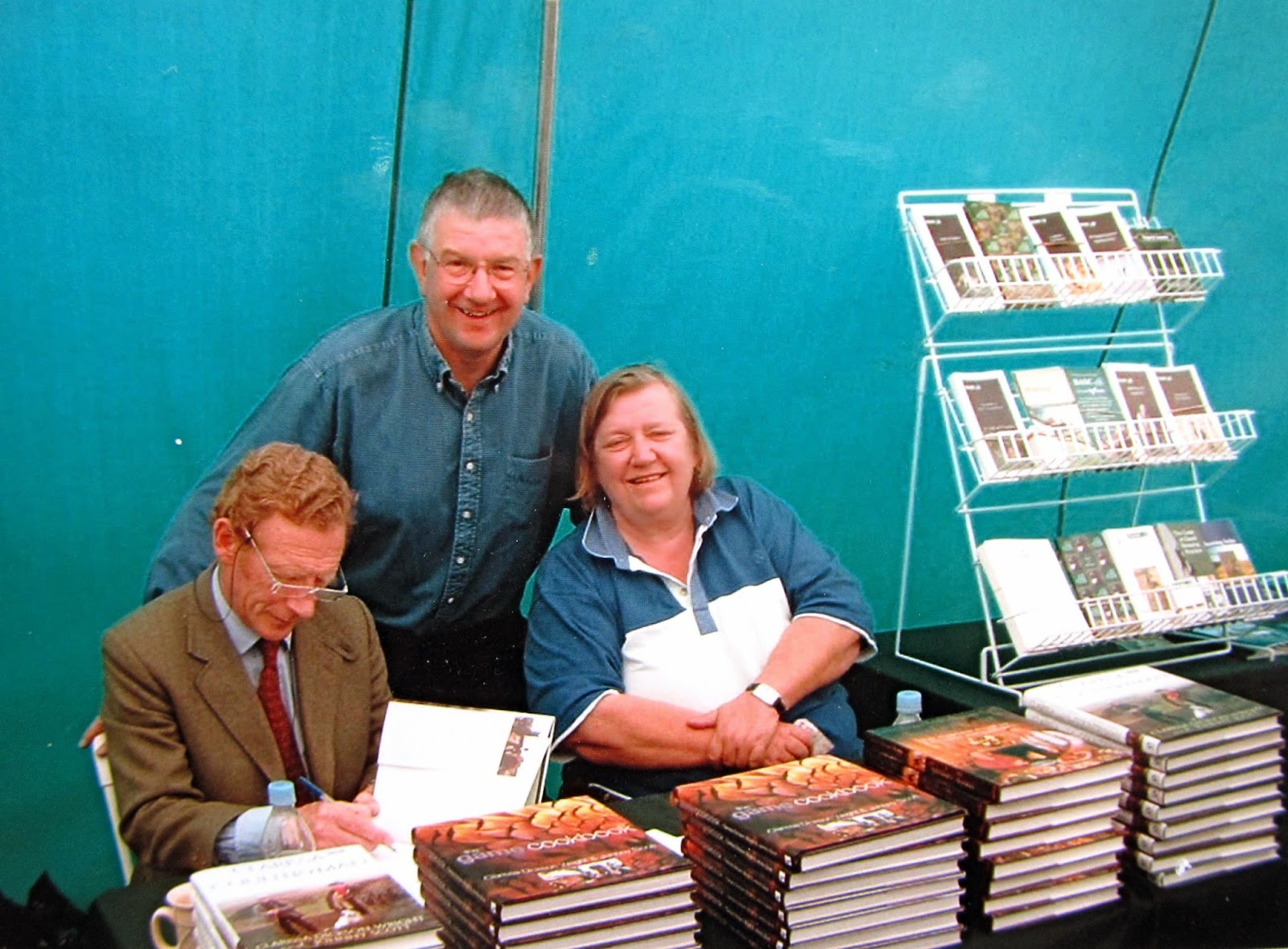 John Hill, (in the middle above), better known here as "Johnny UK", sent us a note saying that Clarissa Dixon Wright (right above) had died. The surviving member of the "Two Fat Ladies" cooking duo, champions of real food and best known in this household for the multi- species, multi -organ meat loaf known as the "hedgehog", she was so ardent a defender of field sports that she was arrested for the terrible crime of chasing hares with greyhounds.

She was also variously a writer, the youngest barrister to qualify in England, a cricket umpire, one of two women to become a Guild butcher,  a reformed drunk, a millionaire heiress who descended into poverty and homelessness and came back again, a lifelong Catholic (who allegedly believed in reincarnation), and a TV personality who once discussed eating badgers on the tube. Not only does the world not produce such personalities these days, it no longer produces such names: she was christened "Clarissa Theresa Philomena Aileen Mary Josephine Agnes Elsie Trilby Louise Esmerelda Dickson Wright."

John wrote: "﻿Just heard that Clarissa is no more.....June and I once met her and Johnny (Scott, left above) at a book signing , and I, fortunately,  met her again at a Gamefair and had a long , interesting, animated conversation.

"She was  a remarkable , individual, feisty woman, with a  huge sense of humour ( and presence !) and was passionate about all  “Country Matters”,  that are  being constantly eroded in UK by unknowing urbanites.

"Clarissa was as large in life as on  TV, no different, a real character, the like of whom we shall not see again I am afraid. June and I feel quite sad...  I am sure she ( mainly )  enjoyed every minute of her life, which is a comfort ! 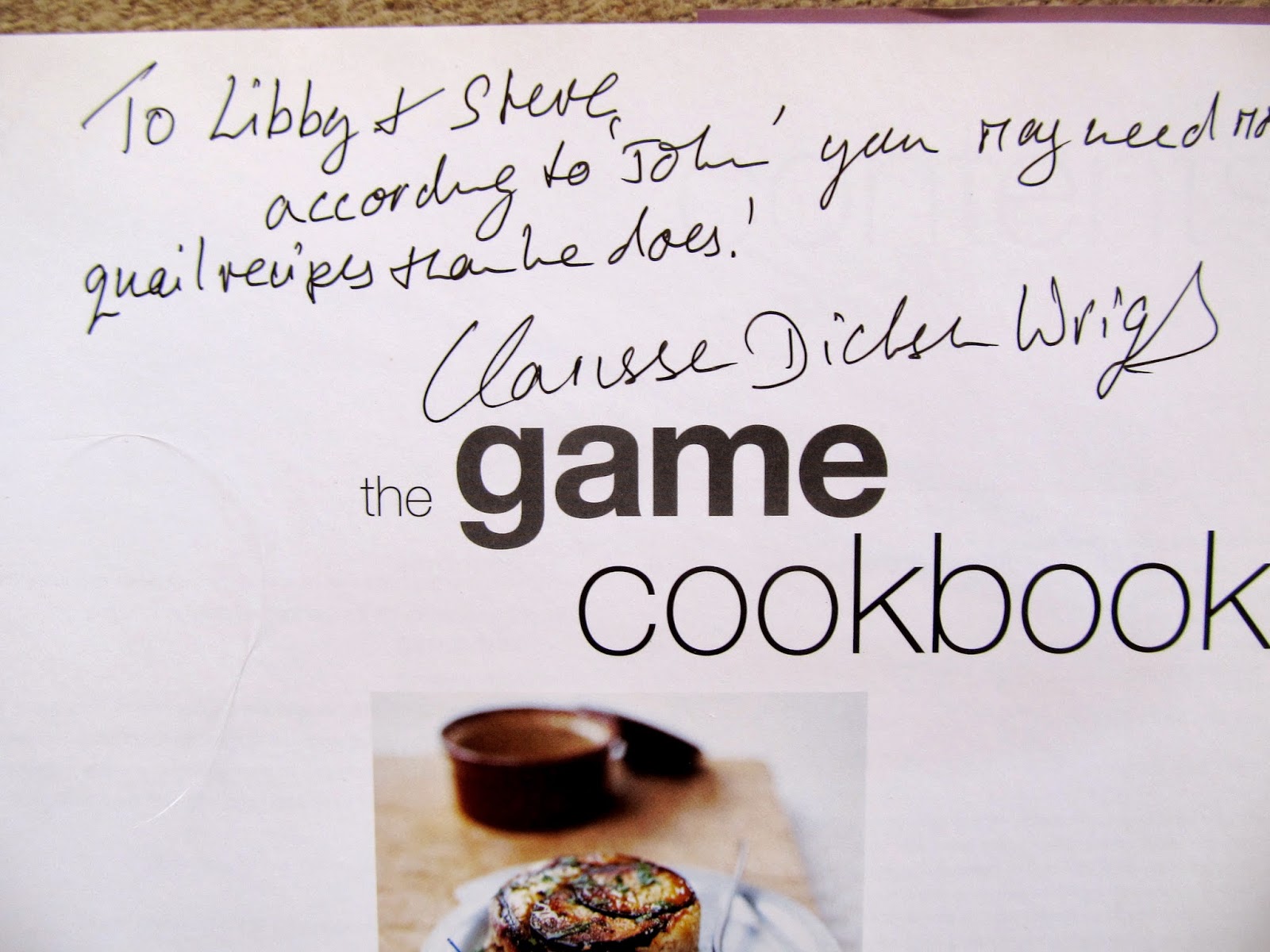 I used to love watching the Two Fat Ladies as they motored around, making meals with lots of butter and such. I'm sorry to hear that Clarissa has died, but glad for a reminder of how much I enjoyed her presence on my tv back in the day.

I've got both the Game Cookbook and the official Two Fat Ladies cookbook, and they're both eminently useful and endlessly entertaining. Personality and writing style equally just burst off the page, to the point you can't help but feel you actually know her.

Pheasant breast with Horseradish Cream Sauce. I've cooked a pile of her recipes, but that one definitely leaps to mind. Cooked it in the Murray Hotel, Livingston, Montana, Suite 414, and I'll probably think about that one on my own way out...

That wasn't Peckinpah's old digs was it? Russ used to put me and an old girlfriend up there in wilder days, in stories you have heard about...