E Donnall Thomas is an old friend who has written many good books, and had many adventures. In our neck of the woods he is best known as the guy who convinced David Quammen that at least some hunting of mountain lions was OK after David editorialized against the practice, by taking him out with his longbow (made by him) and his hound (trained by him), and later serving him stir fried lion with ginger and chile, cooked by him. David wrote his recantation as "Crossing Lines in Lion Country" in Outside, and later reprinted it as "Eat of This Flesh" in the collection Wild Thoughts from Wild Places.

Don is also a  MD and flies small planes, in fact was a flying doc in Alaska, so you may infer that he does not scare easily. (He also shoots bears with longbows). Which makes it all the dumber when a millionaire who was illegally trying to block public access on Montana streams, used his clout to get Don kicked off a twenty- year gig writing for Ducks Unlimited, because Don wrote a piece in a Bozeman publication decrying his efforts.

There is a lot of hypocritical crap going around, some of which I have seen. Some DU officials say he wasn't fired because he never "worked" for DU. Right-- as Tom McIntyre said, quoting Dorothy Parker, "... and I am Marie of Roumania." Others claim no company would ever keep on someone who "insulted" an advertiser. I cry bullshit on that; first, he "insulted" no one, only told the truth in an unrelated publication. But B (a BIG "B") I know for a fact that when once I  drew the ire of a large advertiser at Gray's Sporting Journal, many long years ago, Ed stood with me, and lost a not inconsiderable sum of money. Not all editors are craven.

Here is Don in his own words, cut slightly for space:

"In October, 2015 I wrote a piece for Outside Bozeman magazine, "A Rift Runs Through It", about the long Montana legal battle to secure and maintain public access to the Ruby River in accordance with the state’s stream access law. (I will make a copy of that text available to anyone on request.) To summarize a complex issue for those unfamiliar with the case, wealthy Atlanta businessman James Cox Kennedy engaged in extensive litigation to prevent such access, only to be denied repeatedly in court due to the efforts of the Montana Public Land and Water Access Association. While the article was not complimentary to Kennedy, no one has challenged the accuracy of the reporting.

"James Cox Kennedy is a major financial contributor to Ducks Unlimited. On November 10, a Ducks Unlimited functionary informed me that my position with the magazine was terminated because of Cox’s displeasure with the article.

"... The Ruby River article had nothing whatsoever to do with ducks or Ducks Unlimited (DU hereafter). The article did strongly support the rights of hunters and other outdoor recreationists to enjoy land and water to which they are entitled to access, and DU is a hunters’ organization... DU has essentially taken the position that wealthy donors matter more than the outdoor recreationists they purport to represent.

"... If every journalist reporting on these issues faces this kind of vindictive retribution, the future of wildlife and wildlife habitat-not to mention the hunters and anglers of ordinary means who form the backbone of groups like DU-is bleak indeed.

"... If you share my concerns-especially if you are a DU member-I encourage you to contact the organization, express your opinion, and take whatever further action you might consider appropriate."

DU has not only "fired" Don-- they have done a Soviet- esque rewriting of history, eliminating every reference and piece of writing that he ever did, and his name, from their website. They are risking making themselves appear not only spineless, but pretty close to a laughing stock, a shame for an organization that has done far more good than harm in the past. Ding Darling must be spinning in his grave. It brings to mind old Montana curmudgeon Peter Bowen's too- true and much- quoted apercu: "Poor folks act like folks; rich folks act like govermint..."

I am betting Don comes out of this looking a lot better than DU, never mind Mr Kennedy... 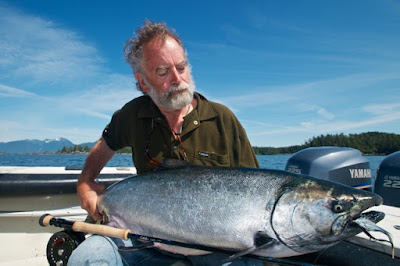 Email ThisBlogThis!Share to TwitterShare to FacebookShare to Pinterest
Labels: Conservation

Thanks for posting this. Many of us here in Montana are livid about Don's firing. DU is getting lot's of negative emails and calls from folks from across the US.

I have seen reaction to Don's firing on several sporting-related blogs and web sites. Folks are pissed about this. I expect DU will come to regret this action, if they don't already.

I just received the November/December DU magazine. The Closing Time story is by Don Thomas?

Soooooo; what country is it that guarantees "freedom of speech" and "freedom of the press"? Oh yeah, that'd be Anarctica these days. Maybe....L.B.

Steve--Thanks for coverage of this. I don't know Thomas but have long known and admired his work. More to the point though, he did nothing but lay out the unvarnished truth, and DU's reaction is reprehensible. Are they about ducks or dollars?
Jim Casada

Shameful. Shameful. I don't understand the world I live in anymore, where people and organizations have no shame for acts of cowardice.

I linked this post on Facebook with suitable hashtags, and I'll write them a letter. To think that I just re-upped recently.

Mr. Google tells me that lDon Thomas is still on the website, at least as of today.