Until last week he was rhe worst hawk I have ever owned, the worst hawk in the world, a complete malimprint, the only one i have ever owned save a crazy redtail in 1967. My first wife Bronwen Fullington reminded me of him when I told her of this one; she well remembered the time she retrieved Loki from the top of a tall white pine, dressed only in her nightgown and with no glove, despite the damage he caused. At the time I thought it esperately sexy...

"Hauksbee" was as bad or worse if a little smaller (not too much- he flies just under 600g) He screamed from dawn to dusk, leaped off the lure or perch to attack human or dog, mantled constantly, broke tailfeathers, fought the hood,the whole litany.I ascribed this to his being too old when he came to me, but he was intolerable.In disgust, I put him out in the yard mews and left him alone,,feeding him through a chute.

In three days he did something I've never seen in my life, in fifty- eight years of falconry: he trained himself into being a good bird without any vices all by himself. I've now flown him for a week on the creance, and he's ready to fly by himself. No screaming, no mantling; he even takes tidbits delicately from my fingers when he steps off the hare lure. Believe it? I didn't either, but look at the pictures. He also eats his quail meal on the round perch in the kitchen with all the dogs and people around him and doesn't mantle then either. 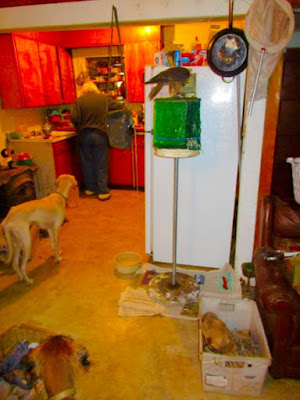 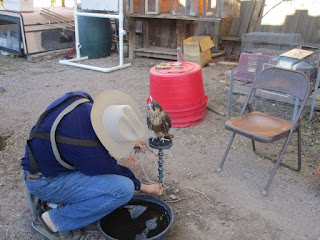 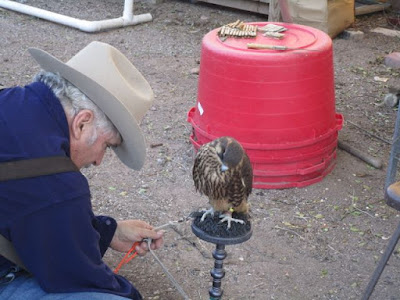 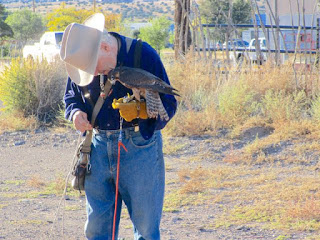 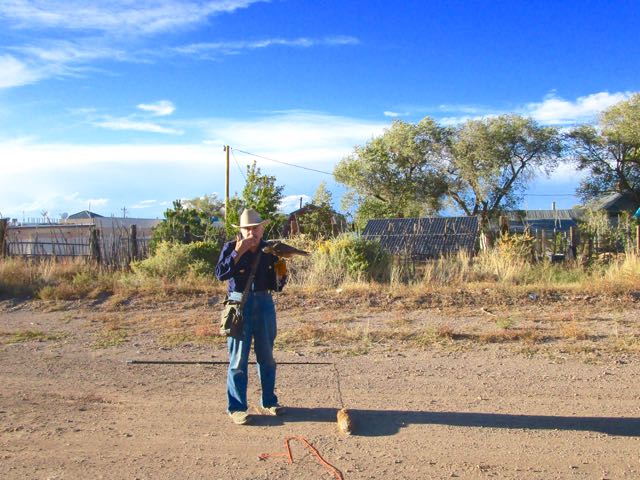 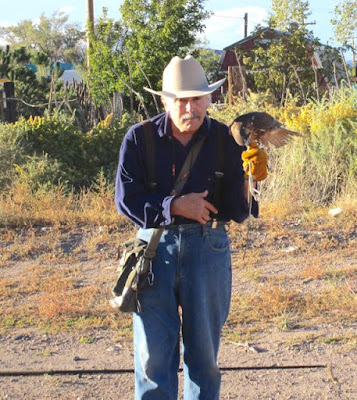 Oh and-- congratulations to Lauren McGough for making the case for falconry to a large audience in her excellent 60 Minutes segment last night.