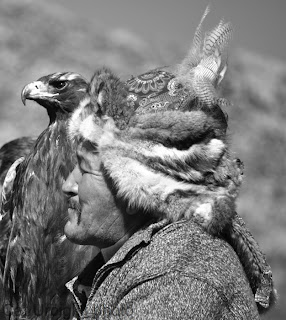 "I have sad news that Aralbai has been diagnosed with throat cancer, he refused the laser treatment he was offered at the UB hospital because he believed that those that had had this type of treatment, die quicker.

"He has deteriorated a lot from the time I last hunted with him, and at the age of 54 it is far too young.

"I know you, like me have spent a lot of time with Aralbai, so I thought you should know."

I hunted (& ate sheep and drank vodka) with Aralbai the first time I went out to Mongolia in '97. 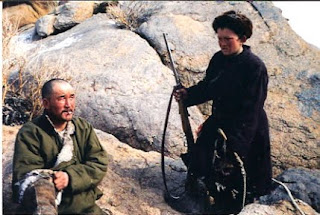 He has since taken out many of my friends, from Cat (who got in a horse race with his son, no longer a little kid!) to, particularly, Lauren, both on her first trip at 17 to her later Fulbright year. 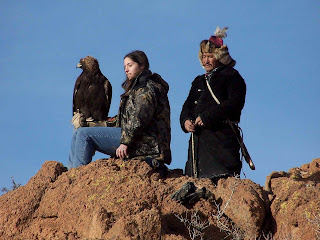 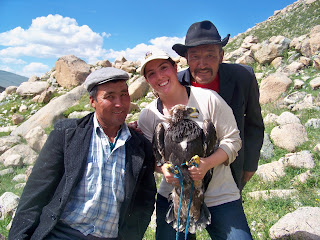 He is also "The Coolest Man in the World".

I do not know if anything can be done for a brave friend but am asking Canat.

More photos by Cat below-- first is the boy in the upper, '97 one, all grown up... and here is Alan's link to him at the Festival of Falconry. 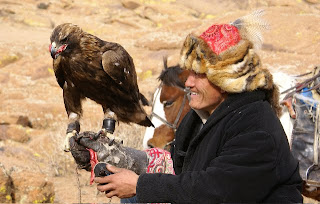 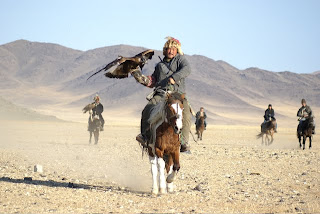 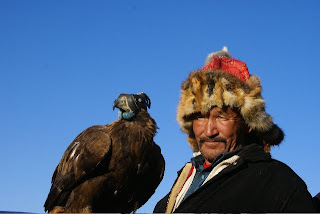 A last one by Lauren, letting his eagle go free after years of hunting, the Kazakh way: 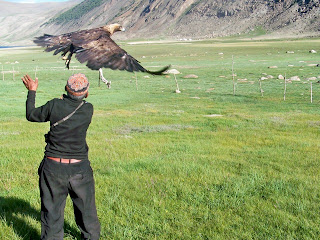 I can understand his refusal for treatment. Often they are worse than the disease. A friend's mother had the same thing from smoking several decades ago. And was treated with radiation. Now she is in her 80's. The after effect of such treatment is the build up of benign scar tissue on the previous cancerous area. About once a year, she has to have lazer treatments on the area, because it builds up and eventually affects her swallowing food and eventually breathing.

My best of wishes for him.

I traveled Thru Altai on a horse trek...I met the nomadic people and the way of life they embraced..truly the greatest people I have ever met...I wish him peace and give my respect to him..on his next journey.

I traveled Thru Altai on a horse trek...I met the nomadic people and the way of life they embraced..truly the greatest people I have ever met...I wish him peace and give my respect to him..on his next journey.