C J Hadley came over as a young girl from Birmingham in England, and worked at Car and Driver magazine in its legendary years, when the late David E Davis ran a strong stable of writers and illustrators. It may be advancing age, but I think magazines were more colorful then, perhaps because they were a more important part of the market. These were also the days of the Pat Ryan Sports Illustrated, training ground for many of the writers that helped form me, howing me how broad a subject a sporting essay could be.

CJ met Tom Quinn there, when Tom did this legendary cover: 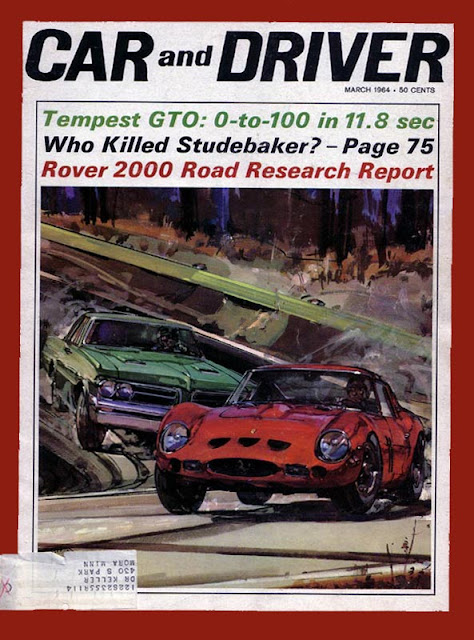 Both went on to other things, Quinn to become a wildlife painter, perhaps our best; CJ, however improbably, ended up in Nevada runing the outspoken rancher's voice, Range magazine, where the English girl has been nominated for Cowgirl Hall of Fame by Jameson Parker, Joan Chevalier, and John L Moore, two of whom make frequent appearances here.

I have one original Quinn, a watercolor sketch of  a roadkill Bee eater that I snatched out of the fire kindling in his studio (really), any amount of prints, and have been privileged to write the text to a collection of his work, The Art of Thomas Quinn. 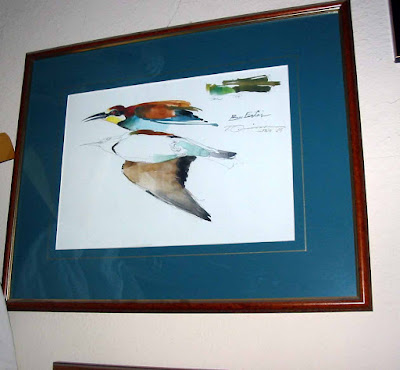 Quinn and me, with his wife Jeri's oil of a horse in the background (plus wolves by his old friend Vadim Gorbatov, painted by Vadim before he visited NM for a Korean edition of Seton's Lobo, the story of a cattle- killing New Mexico wolf, with our aid for background material. 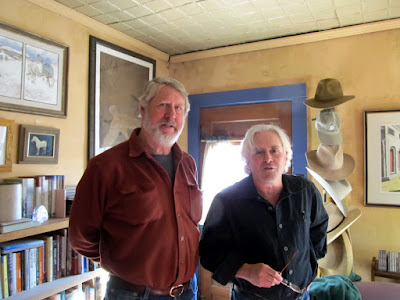 CJ, as Tom says, is not always controversial. She has just released what I believe is her second, broadest in scope, most ambitious  and best collection of western art and poetry (in this and other images forgive some rather odd croppings; I photo'd it on my coffee table!) 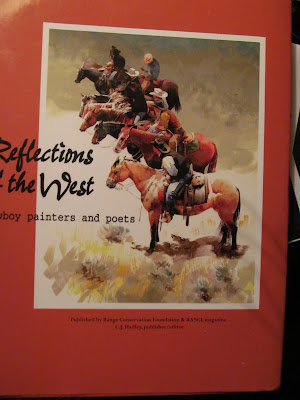 You say you don't like cowboy poetry and art? Well, there are plenty of those represented: Buckeye Blake, Waddie Mitchell, Wallace McRae, as well as traditional western writers like Will James. But so is the far less traditional cowboy Paul Zarzyski (he is a Democrat!); Ted Kooser; Linda Hasselstrom, and many many more. In artists Tom is well represented, but also the old master Maynard Dixon,  Charlie Russell, and any number of writers and artists who may be new to you. Here is a broad if non- random selection:. A always, right or double click and you can blow it up big enough to read easily. 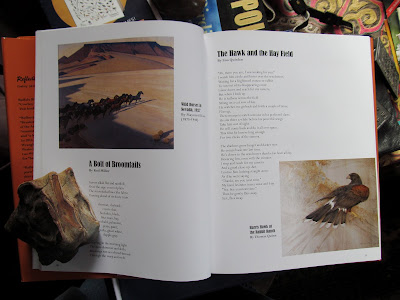 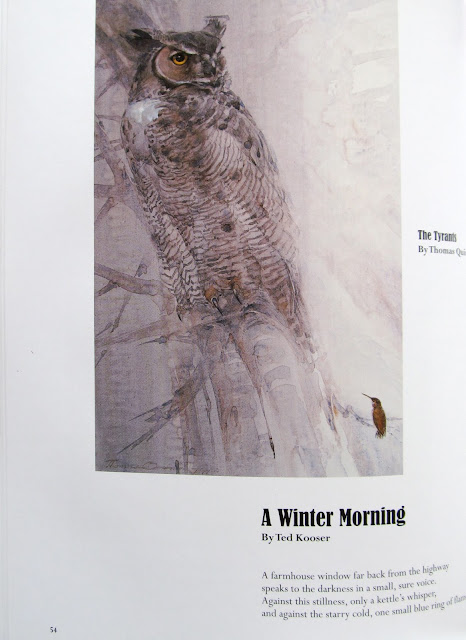 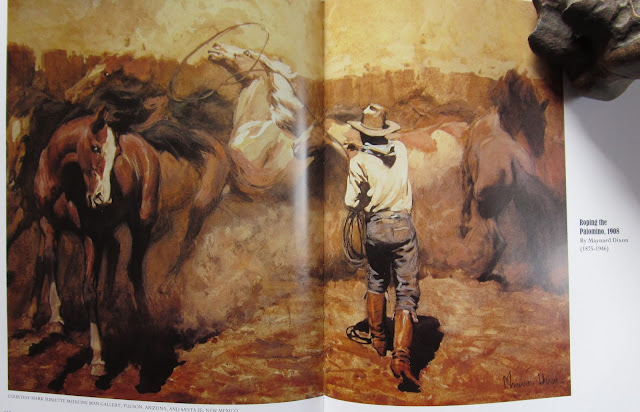 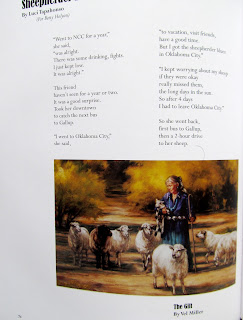 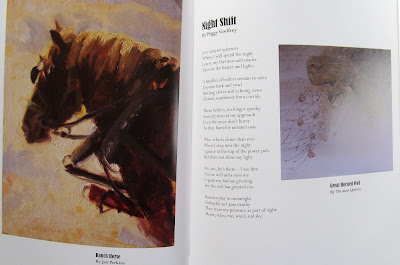 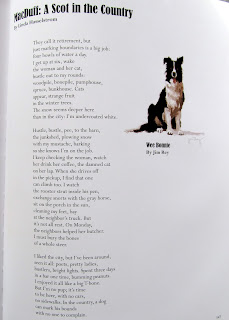 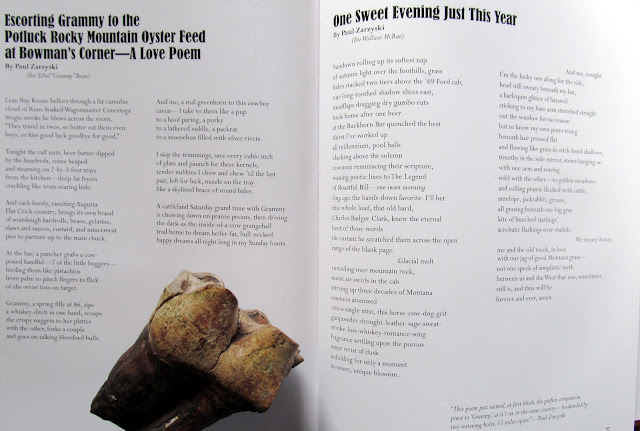 Here is CJ with Montana novelist and friend of Q John L Moore. 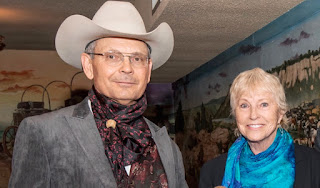 UPDATE : here is a pic she just sent of her  with her dogs Belle Star, Strider, and Cache Drogan. 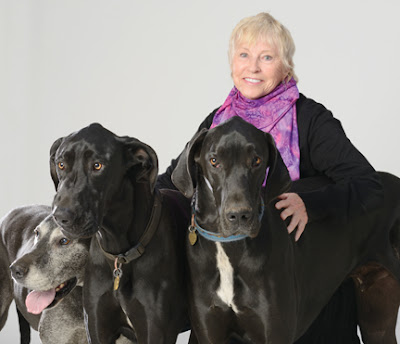 Maybe I'll finally get to meet CJ. The Cowgirl Hall of Fame is in Fort Worth.

I have done my best to see as many Dixons as possible, but "Roping the Palomino" is a new one for me