Tomorrow my favorite brother-in-law George goes under the knife for his cancer. He has responded very well to the chemo and radiation; one of his tumors has disappeared, and the other has shrunk. He's done so well that they made the operation earlier rather than later, and they give him very good prospects for total remission. That said, it's always a scary time.  I know that only too well. Here are a couple of funny pictures. He's wearing a Mohawk because his hair was falling out, and his sons thought it would be funny. In the first, kissing my 92 year old mother, who last year thought she was 84, and this year thinks she is 91 because "91 is 16 turned upside-down". May I never be that mad. The other two are self-explanatory. 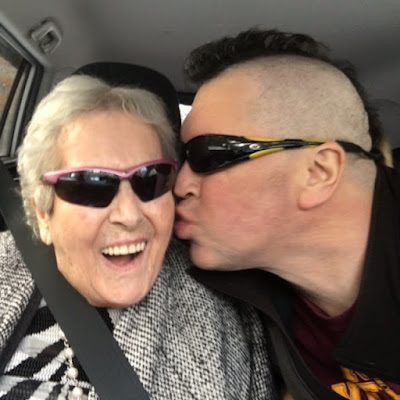 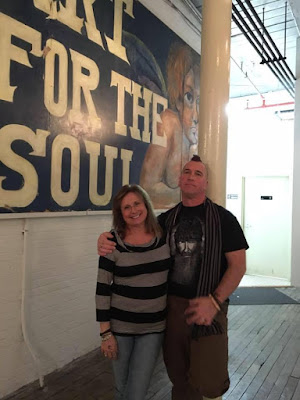 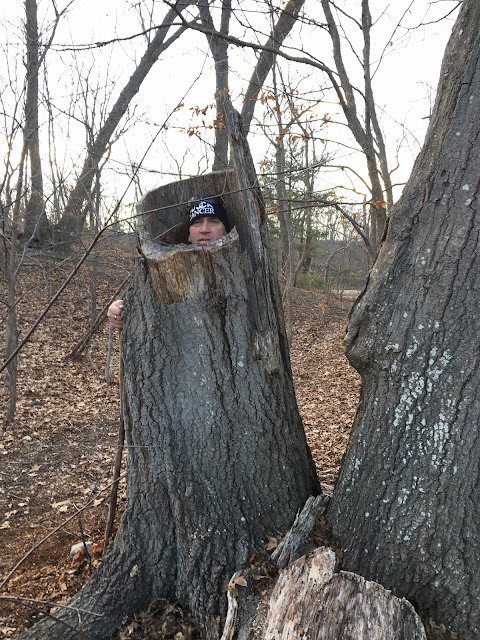 Good luck to George, and may you have a speedy and full recovery.

Your Mother sounds like a real Chip off the Old Block too!

Great news about George. Ah, elderly moms. Mine will be 88 in July. If anyone should be around the lowcountry of Georgia, watch out for a maroon Honda CRV with a senior senior citizen behind the wheel. Mom seems to still have it together. She has always been a little on the mercurial side (okay, somewhat daffy), but is now age appropriately daffy. She brags to her friends that if she lives to be 90, her 70 year-old son will drive her around. If I make it to 70. Gil