I had no idea, when I started measuring these, just how close they would be. They are of different origin and design. One is an LC Smith so- called Featherweight 12 from †he 1920,s, built and designed in New England and New York. One is a typical 12 bore British game gun (though proofed for American loads and with a metric barrel- length- Frederic Scot twas always odder then his kinsmen), built to Best or near Best standards in Birmingham. And one is the only grade 7 Manufrance Robust I have ever seen, a 16, with an Ideal- style fore-end ( better seen than described), skip- line checkering, a reel- up "Brettel automatique" sling, a swamped rib, fine scroll engraving, and a horn buttplate. AllI know is that it was made before the War.

I'll spare you every detail, but I weighed the barrels, the fore-end, and the stock and action of each on my hawk scales, in ounces rather than grams. Each unit varied a bit, but in the end they all converged.  I should add that I left the slip - on pad on the Elsie, as she always wears it, and it helped the convergence.

That is not a lot of difference. All the makers knew what they were  doing.

I have put more photos of the French gun, as it is most unusual!  Thanks to Kirby Hoyt of Vintage doubles for that, and to my friend Gerry Cox for the Scott. That is the Turner .410, my other near "Best" shotgun, peeping out on the left. 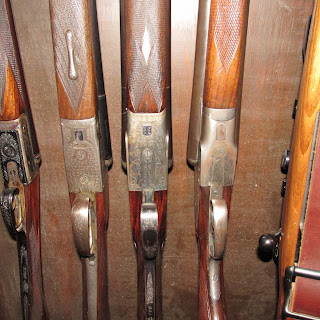 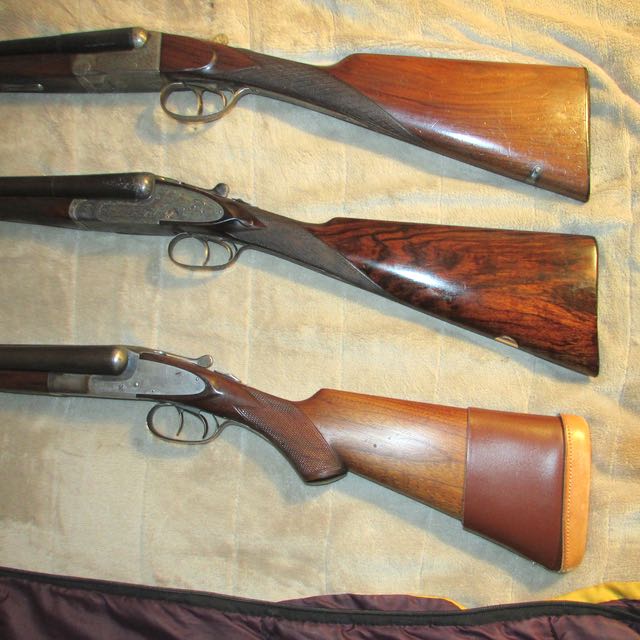 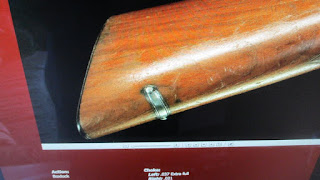 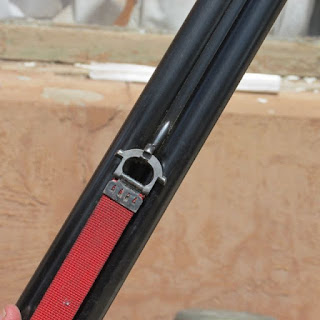 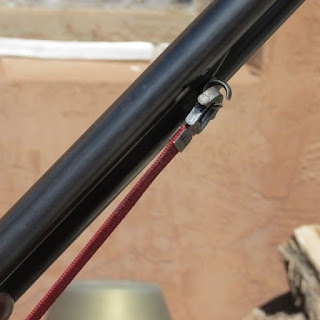 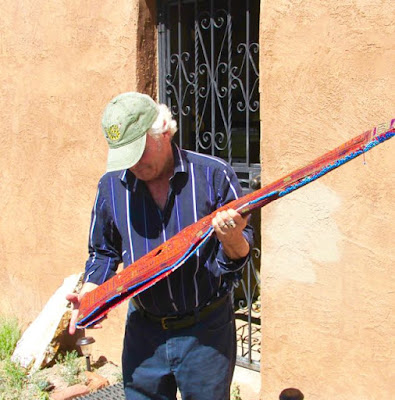 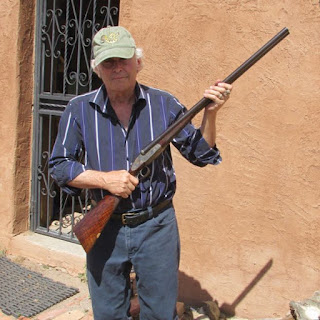 Good to see that Santa is confused about time of year. What a nice trio of guns. The wood on the Brit is outstanding. I have a copy of J.C. Mournetas's Le Fusil Robust on the way to me from the UK and Julia will be home at month's end to translate and go trout fishing. If you don't have a copy, I will see what we can do about pinning down more about the age of that fine Robust. Gil

Nice looking guns! I'm interested in the strap for your Manufrance which looks to be canvas. I like that idea. I bought a 12ga Brevette several years ago with a broken leather strap and missing end. I had to jump through 9 different hoops to get a replacement made, though that was less difficult than making a new napoleon's hat for it.
best,