Some images to hold you--we are heading up to to Santa Fe to see Pluvialis! (Perhaps better known today in our crowd as RockStar Helen,  to her embarrassment..). We'll be back Sunday. Reid may report on their dinner in Denver later... he and Connie, Anne "Anyushka" Price and Chas and Mary attending...
And the countdown begins--this is post #3995...

Parkers: the exquisite Damascus is a del Grego restoration, unfortunately with its firing pin noses filed down on the hammers, as in Larry del Grego's day, most Americans thought that Damsacus was unsafe. It is probably best not to know how many gorgeous guns bit the dust in the fifties and sixties (or as one fool in an early Gun Digest suggested, were THROWN INTO PONDS)...
Both guns are equipped with 30" barrels, heavier on the sleeved gun, which is also on a heavier frame, one used for 10 gauges. It seems to have been rebuilt as a Pigeon gun; its tight pistol grip and amazinglyeven patterns at 45 measured yards, even with a light game load of an ounce of 7 1/2s, suggests this.The Damascus gun is only a little lighter -- both are under 8 pounds -- but they have very different sight pictures. The sleeved gun was made in 1890, and I believe the Damascus was made in 1905.
The sleeved gun also has the most amazing sight bead I've ever seen with parallel gold and ivory bands. 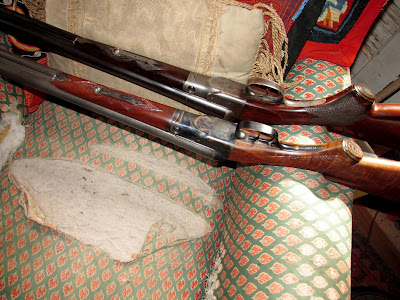 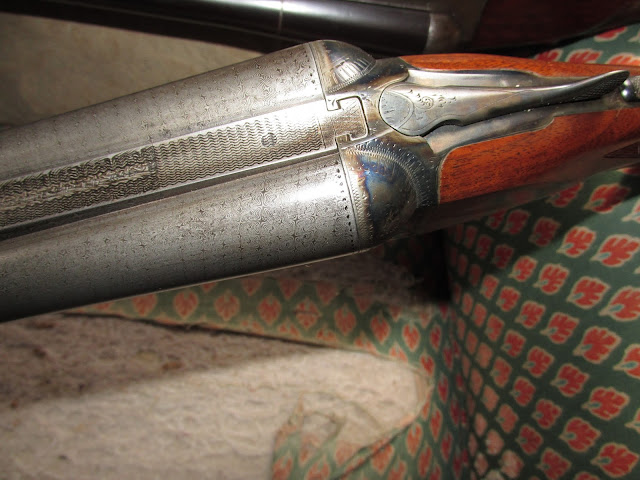 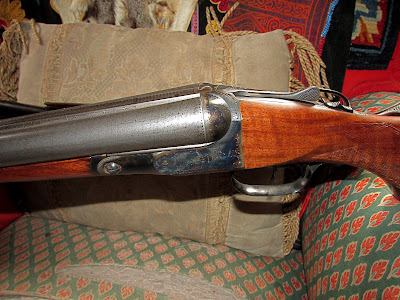 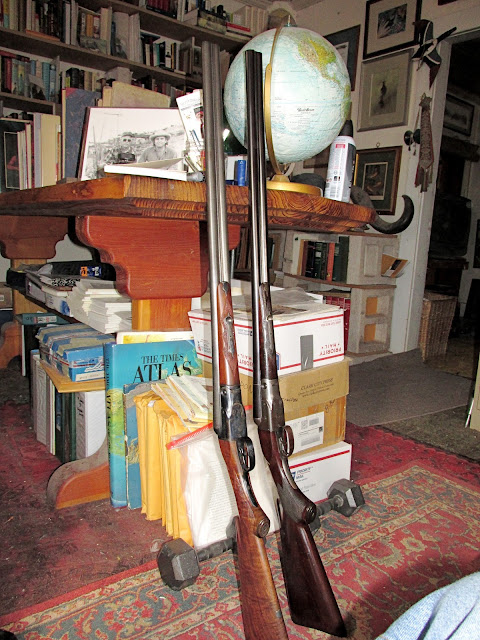 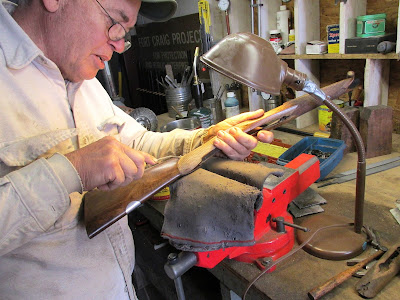 Rosanne's drawing of the lovely but annoying (she refuses to learn to tolerate hats, a real  fault in a desert town) Esme. 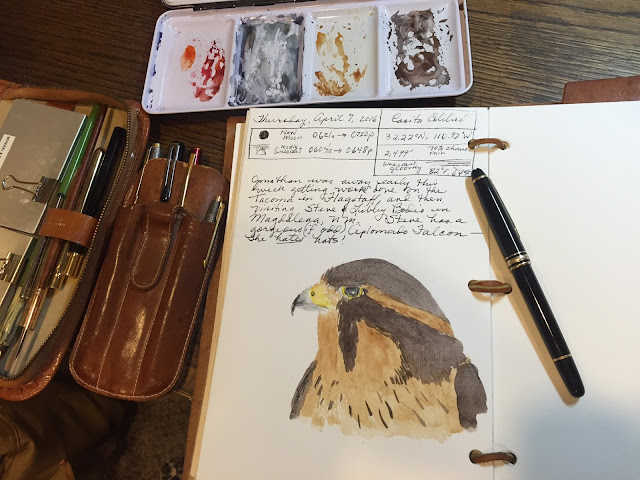 Speaking of Damascus barrels and mistakes… Many years ago, a friend gave me a 20 gauge LeFever side lock - gold inlaid and beautifully engraved, light and lithe. I was having some guns valued and the 'expert' revealed that the LeFever was blued Damascus -- and that I could not possibly shoot it as it was totally unsafe.

So a LeFever Optimus grade slipped through my hands and became a wall hanger for a friend. This is how we learn about collectable quality guns. I do own a nice Damascus Lindner Daly to sort of console myself.